There are moments when being alone feels ok.  When the wide reaches of time feel like luxury and indulgence.  When silence is opening and healing.  Like a deep, unfettered breath.  When alone is just a state of being complete.  And then there is the alone of crowded spaces and forced conversation.  Where time aches.  And stretches with unfathomable distortion.  When alone is lonely.  And it feels like clouds and trees and sky conspire.   There are times when alone is perilous.  When alone feels like weight and sorrow.  Tomorrow I might be able to breathe again.  But today I am alone.

I write blogs in my head all the time.  Great blogs.  Filled with pathos and drama and carefree wit.  I write them in traffic, in the bath, just before I fall asleep.  Problem is, I don’t remember them.  Or I don’t have the time to nail them down into pixels on the screen.  So they fade, like breath on a window.

Riffs on fragments on themes on life.  I don’t know whether to be delighted with the fullness, or frustrated that I can’t find the still gaps to capture something of now.  I’m going with the former.

In the meantime.  I miss this.  And you.

Tagged I am a leaf on the wind, yeah yeah
20 Comments
*aimless wanderings*

What if I told you a secret?  Gave you a piece of me that no one else had?  A piece like Venetian glass. Fragile and delicate.  What would you do?

Trust is such a curious thing.  You either do.  Or you don’t.  A choice at every single point on the path.  Can it be broken and fixed?  Or do those fine lines still show, where the broken pieces have been stitched back together.

So, you know that party…

It’s a strange sensation, a flogging.  Particularly when it’s the last thing you imagined you’d be doing on a random weekend night in the suburbs.  But there I was, shirt off.  Back naked, vulnerable.  While an experienced Domme ran me through my paces….and a series of increasingly intense floggers.  Not painful, as such.  Well, except for ‘the bitch’.  Rather a combination of sensation and anticipation that left me giggling and grinning like a loon (and, yes, I’ll admit…more than a little aroused).  That said; I suspect I was treated gently.  Kinda like a pusher deals with the noobs.  The first one’s free.  After that you pay.

They say you don’t miss what you don’t know.  And that’s the bastard truth.  Now I know.

Fear and loathing on the Gaza Strip

We’re driving along the Gaza strip. At night. He’s sick; down with sunstroke from showing off all day. She’s pissed off. I was along for the ride, the day out. Now I’m driving someone else’s C Class Mercedes, shifting gears with my right hand and driving on the wrong side of the road. Pitch black on either side. Halos of car lights the only warning of the approach of kamikaze Israelis who seem hell bent on driving me off the road. And all I can think is “Don’t break down, don’t break down. That’s the fucking Gaza strip, Dolce. Mines, snipers and barbed wire, oh my”.

I don’t know why this moment sticks in my head. A 15 year old memory, but still visceral with light and dark and movement and emotion. I think I keep it to remind myself that I’m capable. That when there is no choice, I hike up my skirts and do what needs to be done. Because if I can drive a strange car in a strange land alongside the goddamn Gaza strip, in the dark, then really, a little daily domestic fear is nothing.

On the upside. The sunrise at Masada was worth it. 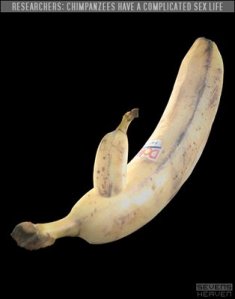 But fortunately, that’s what the interwebs are for. To expand our collective wisdoms. And teach us stuffs. Like how to get the most out of one’s collection of B.OB.s*.

And let me tell you, necessity is indeed the mother of invention. And inventive I have been.

Now that we’ve got that out of the way, the other side effect of lonesomeness, is this…

(P.S. Click ‘read more’ at your peril.  It’s very NSFW and horribly badly written, but fuggit, I like to overshare. Also. Don’t click this if you’re a friend and this might embarrass you. I warned you!  Don’t do it.  Really). END_OF_DOCUMENT_TOKEN_TO_BE_REPLACED

I started the year sad.  Thin.  Sadly not thin in a Kate Moss way, but rather in a stretched, emotionally wrecked way.

I moved three times. Mostly in between extensive travel for work.

I lived in a flat for two months with no fridge and no curtains.  And, literally, not a pot in which to boil water.  (Buddy of Bosom, I will be eternally grateful).

I went to London.  Twice.  And to Lisbon.

I put on an (*cough*…award-winning…*cough*) event in Shanghai.

Followed by 2 weeks of backpacking through a bit of Eastern China.

I lost one of my best friends.  (I think forever.)

I hired my first minion.  The hiring process took four months.  I received over 400 resumes and replied, personally, to every single one. I interviewed 18 and whittled them down to 3 for final rounds with the rest of the circus team.  I was nearly forced to kill my fearless leader as he tried repeatedly to derail the whole thing as only he is able.

I fell out with my mother.  We’re mending.  Slowly.  But it was appallingly emotional and very, very wounding.

I lost my sense of humour.

It’s only looking back that I realized why I ended the year at breaking point. Unable to cope, overwhelmed, and running on empty. No wonder my chemicals are borked.

Amazing that just over 3 months ago I was contemplating convenient ways to initiate my demise.  Now I feel like I kicked last year’s arse.

I survived, you motherfucker.  Now what? 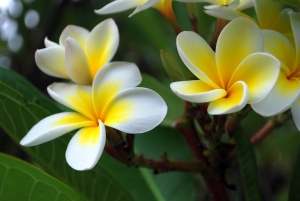 There are things that please me.  Mostly little things.  (But the little things are the best things).  Things that make me grin for days after I’ve discovered them.  Or things that I watch for every day, just to catch that moment of small glee, where my eyes light up and I blaze with silliness.

I’ve had a theory for years, that small delights are everywhere.  That the swiftest way to feeling jaded is to stop looking for the little joys.  During the deep sad of last year, I found it really difficult to connect to the joy, but the habit of looking for moments didn’t go.  It was an unexpected comfort.

Because delight is delicious.  And more-ish.  And one’s day can literally fill with delight, if you know where to look, and you’re not afraid to gasp and clap your hands at its appearance.

So, for you, I share my recent crop of moments*:

Tim Minchin, doing the musical equivalent of patting his head and rubbing his tummy at the same time (I’ve got a man-sized crush on Minchin)

The unwashed hippies of the Burning Man festival, performing Dr Seuss’s “Oh, The Places You’ll Go” (The text of this got me through last year.  For it is very true: “Unslumping yourself is not easily done”.)

And last but not least, my every-day delight.  My parked car is shaded by a Frangipani tree.  Every night, buckets of frangipani flowers fall and settle on my car.  Which means every day I start my drive to work trailing fragrant exotic flowers in my wake.  It makes me feel like some kind of fairy goddess.  And that pleases me.  Enormously.

*My apologies to those of you who indulge in mutual stalkage via other channels.  You’ll have seen some of this. 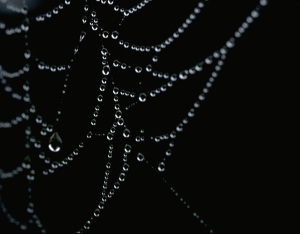 Her fragile faith a silvered thing. Woven in dark hours, filled with breathless, whispered singing. A crooning sweet string of notes. Brailled on her skin, her tongue, her feet. Her fingers knitted together. Her brow a furrow of concentration. If she just believed, if she just believed. And the dark wind stirred her hair, raised gooseflesh on her arms. And still she hummed and sang. Afraid and shivering, but singing still. Until the spiders came, soft and grey. To help her build her silvered thing. Their calm kind eyes filled with spider tears. Spider dreams trailing silk and hope. Weaving legs whispering spider song. ‘Til her ears were filled with tenderness. And she could sleep again. Wrapped in fragile silvered wishes.

Your face hard and cold.  Like slate.  Like stone.  Shocking.  Your kind, beautiful face.  The face I knew so well.  Knew with my eyes, my mouth, my hands.  Your face.  Closed and hard and cold.  The light that used to greet me.  Gone.  Completely gone.  And I wonder; do I deserve this?  This casual cruelty.  Did I make this happen?  Or is this just how this is?  No part of you is mine anymore.  Not even kindness.   Just memory, and a certain rhythm, and words that ambush me.  And I find I am sad all over again.  With unexpected loss.  And so all the things I had hoped to say, all the questions I finally had the courage to to ask, they dry up and drift away.